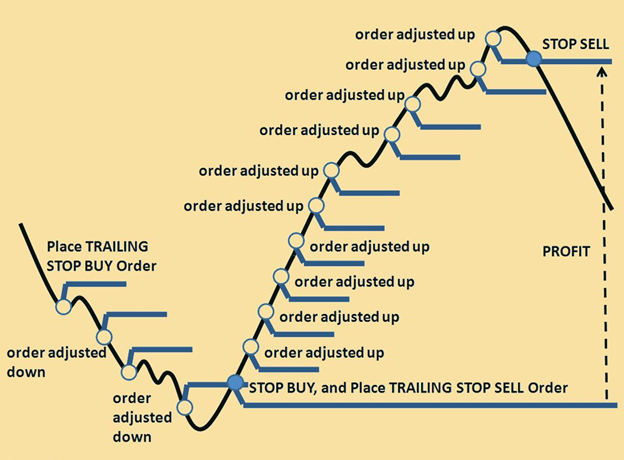 Trailing stop loss is the most common type of trading stop. It varies based on the last few swing highs and lows of a stock, rather than a fixed price. Trailing stop loss can be less effective in ranging markets, which can cause the stop to be activated prematurely and limit a profit. In this article, we will discuss how to effectively use trailing stop loss and when to use it.

A trailing stop move with the stock when the price rises. The stop remains stationary when the price pulls back from the recent high. It keeps the investor’s downside protected while locking in profits as the price goes to new highs. Trailing stop service is often offered free of charge by online brokers. This feature can save you a lot of money in the long run. The main advantage of using a trailing stop is that it is more flexible than a static stop.

One disadvantage of using a trailing stop order is that it does not track new support or resistance levels. It also can’t be used to pin risk to whole or half-dollar levels. These are all important factors in any trading strategy. Remember that there are many types of traders in the market. Pay attention and you will eventually notice patterns. In the meantime, trailing stop loss is a great entry strategy and is an excellent way to lock in profits.